Amy looked back on how she got started with Bloomz, “I was in such a large district that my little voice just really wasn't heard. I work in a tiny district. One elementary, one junior high, one high school. And we're under one roof. And it's a blessing that these schools have been able to stay afloat and they haven't yet been absorbed by their larger counterparts. 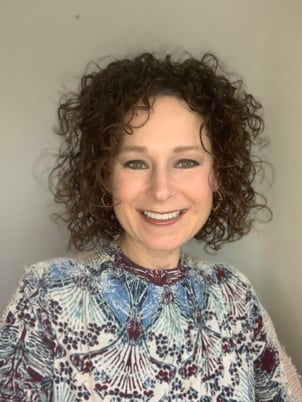 I'm very close to Newcastle, Indiana. Newcastle at one point had like seven elementaries and now they're down to just four or five. Thanks to Bloomz, these little gems are able to preserve themselves. Amazing apps like Bloomz really show how a family could go from kindergarten through 12th grade and literally stay connected that entire time because of communication.

On another note, my district’s families that had multiple children were balancing, as many as four or five apps, and it was just too much. Some families were getting stuff from Facebook on their kindergartener. Some families were getting stuff from class dojo on their first grader and second grader. It was a mess, and Blooms answered that call for us that one family could be connected with multiple children and the main office could communicate with the families. We were SO done with the email blasts and the all school phone calls.

From the behavior perspective, it's been phenomenal to be able to watch Bloomz grow this year, not only with giving points, but also with deducting points. Even though we keep it positive - we do a positive behavior incentive system. Privacy was super important for my principal as well. She wanted to make sure that things were being documented and that if a teacher came to her and said, listen, my first grader is falling apart after lunch every day you could use Bloomz to see that child's day as a timeline. It’s important to be diligent about marking behaviors, like, notes, unpacked bags, morning routine done well, good listener in line, etc, etc.

When you sit down with the parent and you give them your PBIS report, it's no longer like, hey, your kid can't keep his hands to himself. It's more of “I'm noticing every day after lunch, we're struggling with keeping our hands to ourselves. I've got it tracked, and I'd love to communicate more to find a solution.”

Another thing that I didn't know how much we would get into it, is the parent-teacher sign up feature. This feature has been amazing because we had a lot of classes that really did want to do parent teacher conferences but didn’t have the tools to do so easily.